Saros Finance team was thrilled to attend the Award Night for Solana Vietnam Coding Camp on December 21st as the DeFi Track Sponsor. Take a look at the event’s highlights.

The Award Night was held to commemorate the success of Solana Vietnam Coding Camp Season 2 with the participation of the innovative individuals, teams and Web3 projects to receive huge prizes up to $100,000.

Leading BUILD-ers from prominent blockchain companies such as Solana, Coin98, Sky Marvis, Ancient8, and many more were also present at the awards ceremony to share their insights and experiences about blockchain potential with the new generations.

A keynote about the Saros ecosystem was delivered by Mr.Ken Nguyen, our Lead Growth at Saros Finance. He gave a thorough overview of Saros Finance's products, focusing on the company's current milestones and future plans to establish itself as a frontrunner in the DeFi industry.

As a project incubated by Coin98 Labs, Saros Finance has taken the necessary steps to catch up with the trends and demands of crypto users, especially those on the Solana ecosystem, in order to offer a comprehensive suite of DeFi products that boast both practical features and a solid backend.

Solana Vietnam Coding Camp Season 2 takes place in the midst of a bear market, where investors are growing weary of the downturn. However, with the mindset of a true BUILD-er, Saros Finance and the projects presented at the Award Night see this as a golden chance to reflect on the past and refine the product in anticipation of an imminent bull run.

Saros Finance is proud to be the program's main sponsor of the coding camp, providing a total prize of $10,000 for the DeFi track in an effort to encourage new initiatives and facilitate widespread development of the DeFi field.

Along with the cash award, Saros and co-organizers such as Solana, Coin98, Sentre Protocol, Jobhopin and Superteam Vietnam will accompany the teams after the event ends to help them bring their ideas to fruition. This is a huge boost for developers and projects in this market and will help speed up the rollout of Vietnam's Web3 infrastructure.

Mr. Le Thanh (Coin98's Founder) believes that trust is paramount now more than ever. After having survived a previous bear season, he is eager to make the most of this one. He stated that he has never witnessed anyone fail after relentlessly attempting during this period because, by nature, after such a difficult season they all learn lessons, have the opportunity to reflect, and alter their growth strategies.

In conclusion, Solana Vietnam Coding Camp Season 2 was a huge success in its mission to discover exceptional talents for the advancement of the Solana ecosystem and the blockchain industry. Without a doubt, Saros Finance will keep on partnering with cutting-edge startups to make the next big thing in DeFi. 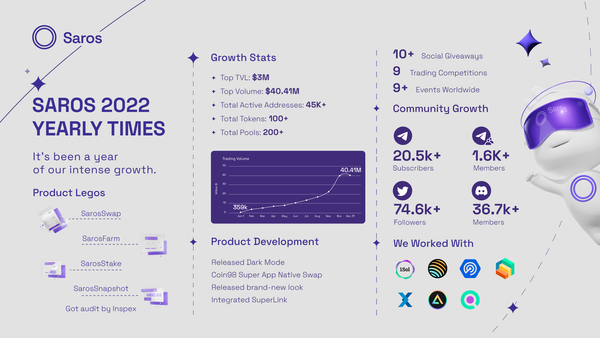 Saros Finance experienced a breakthrough in the year 2022. As it draws to a close, we believed it would be worthwhile to take a look back at some of the most significant achievements of the past year. 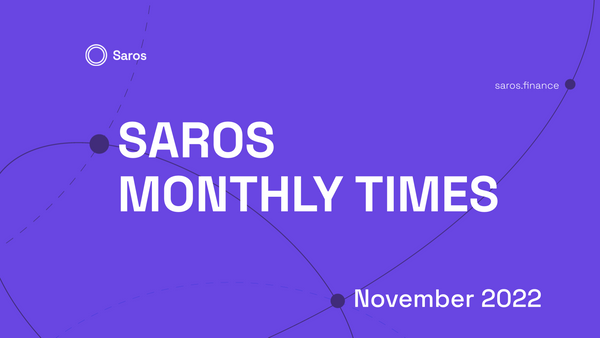 Builders gotta BUILD, no matter what. Let's take a look at what we have been doing at Saros in November 2022. 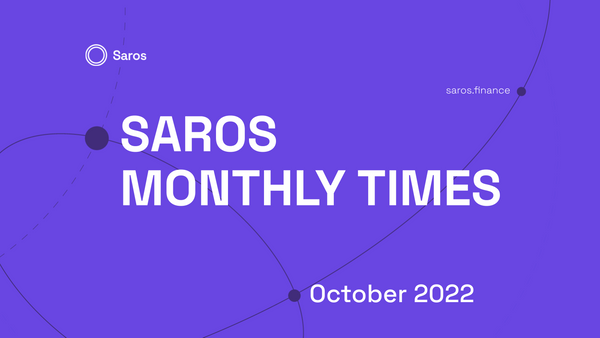 Saros Monthly Time is back! In this report, we'll be revealing what's been going on in the Saros Finance world and what we've achieved in October 2022.